Summer in London has begun, albeit in a rather sporadic form. There have been glorious days of 20 plus degrees already, just as there have also been many days trapped under the gloomy clouds above. Either way, summer is here in typical British fashion and its time for everyone to be out galavanting across fields, swimming in rivers, relaxing anywhere that resembles grass and drinking one pound cans of lager. And for all these brilliantly summery activities there are different music requirements, so I thought I would start by making a list of 10 songs/albums that I like to chill to during the summer. Have you noticed I really like summer?

The perfect album to chill and relax to when your lost in that mystical summer sensation where all you want to do is lie under the sun. Bonobo is far more popular now than when the album came out in 2010 and now plays copious amounts of gigs across the world. The New Zealander has an insane ability to create unique sounds that provide a realistic emotion as well as having a momentous back-catalogue of songs harnessing extremely different sounds.

Another relaxing song, but very different to anything by Bonobo. Arcade Fire have jumped to the forefront of popular music stunning critics worldwide with their 2010 album The Suburbs after breaching public consciousness with Neon Bible three years prior. In my opinion The Suburbs is by far their best album and perhaps because I first heard it in Spain, it reminds me a lot of summer. Deep Blue is a great chilled song, and another one perfect for lying under the sun, or even an afternoon nap under the sun.

Another more chilled song by a man from France who is actually Spanish… If you like bongos, or if you like hearing a man sing in spanish, then you will love this. A more upbeat kind of chilled (if that’s a thing) it is also a very catchy song, even though I understand about 20% of it… If you do like Mr Chau, be sure to check out Me Gustas Tu as well. 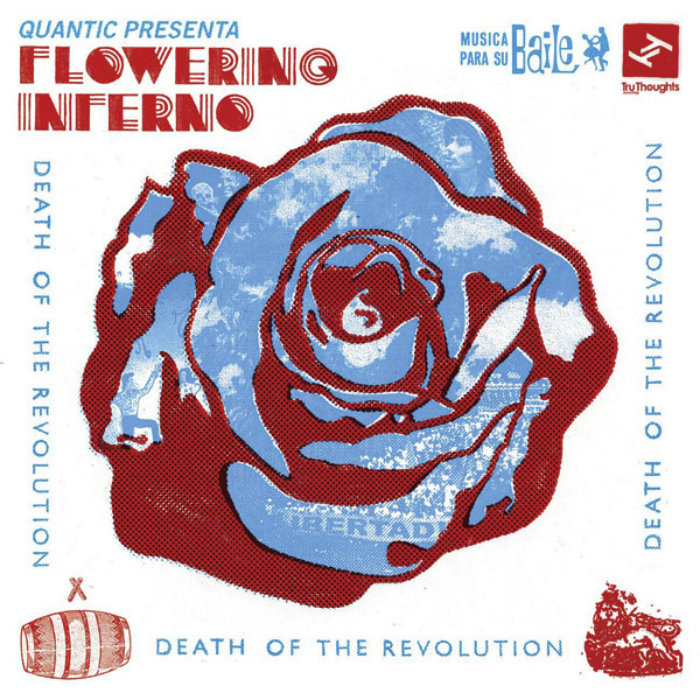 More world music, this time the collaboration between Quantic and Flowering Inferno. This is a song that will make you feel like your on holiday, and also leave you with a lasting hunger to learn Spanish.

7. John Lennon – Whatever gets you through the night

I’m not entirely sure why this song feels so summery to me, but it is a brilliant song to listen to while meandering around wherever it is that you live – it will always put a smile on your face, so put it on, go for a walk and embrace the sun and all things summery.

The perfect song to fall asleep in the sun to or for just staring endlessly at the clouds (do people still do that?) Seu Jorge is a Portuguese singer and guitarist who took David Bowie to a whole new level with his soundtrack for the Wes Anderson film The Life Aquatic with Steve Zissou in 2005. The album features many covers of famous Bowie songs, but all posses a far different aura to them. Jorge’s album combines the delicacy of his voice with his beautiful guitar-playing abilities to create an extremely chilled album. I heard this song first in the Woody Allen film Midnight in Paris – which you should definitely watch if you haven’t. Since then it has cropped up in a few different places and I cant get it out of my head. It is perfectly Parisian in its ability to radiate the roaring beauty of Paris in the 20s. It is another song that will make you believe you are on holiday, and another song perfect for summer.

Every summer needs reggae, its a known fact. Reggae is the most brilliant summer music there is as it feels as if it was made to remind everyone of the sun and all things resembling summer. Much of reggae also has that skill in making you feel  happy, and summer to me is happiness, so what better than reggae? Here are 5 great reggae songs to get you started:
Uptown Top Ranking – Althia & Donna
Could you be Loved – Bob Marley
Iron, Lion, Zion – Bob Marley
Jammin’ – Bob Marley
Funky Kingston – Toots & the Maytals